RIFT Accounting was founded to build a new way of providing accountancy for small businesses. Maximising the potential offered by cloud technology and digital platforms, RIFT has set about taking the fear out of accounts, tax and finance for entrepreneurs and SMEs. The Kent based company is expert at spotting and heading off the dangers and mishaps that can lurk around the corner for SMEs and has built a strong reputation with clients for its problem solving skills and insightful views. RIFT Accounting’s simple payment model, high-touch customer service and implementation of new technology has seen the firm win a string of awards and become known as a company rewriting the rules that shape the accounting industry. 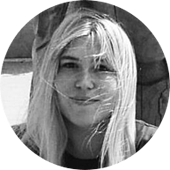 “The Crowd &I has been invaluable in the launch of our new RIFT Accounting brand and opening up opportunities for the voice of our MD to be heard. They’ve amplified our message, identified  new partnerships and found places for us to appear. Their brand understanding was immediate and unique and their proactive and creative approach to both media and messages makes for the perfect working relationship.”

The Crowd &I was introduced to RIFT Accounting just after it launched, given the welcome task of positioning the Managing Director, Jane Ollis, as the face of the brand. We had a clear brief of crafting a campaign that inserted Jane into the public conversation about small businesses and their accounting practices.

We empowered Jane to effectively communicate her opinions on key issues and seeded her commentary via a highly targeted strategic paid, earned, shared and owned content plan. Bylines were rapidly secured across a range of influential publications including The Guardian, Real Business and The London Economic. It wasn’t just appearing on these sites that built the brand a reputation – it was our specific strategy around how to amplify the content on platforms such as LinkedIn.

Thanks to The Crowd &I’s program, Jane’s views have reached over 1.5 million people. But it is not these numbers that we value – it’s that fact that when the budget was announced this year, RIFT received unprompted questions and queries from the small business community asking Jane: “What does this mean for us?”. Confirming that Jane’s opinion had become much respected and sought after.

RIFT Accounting is a start-up organisation within a well established and well respected family run business in Kent called RIFT Group. We love the owner’s (Jan Post) approach to life and business. She understands the local business community, sees what they need and simply goes out there and builds whatever is needed to solve their problems.

This is the attitude that lead to her starting the business and it is the same attitude that sees her continue to innovate and thrive 15 years later.